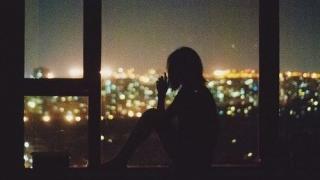 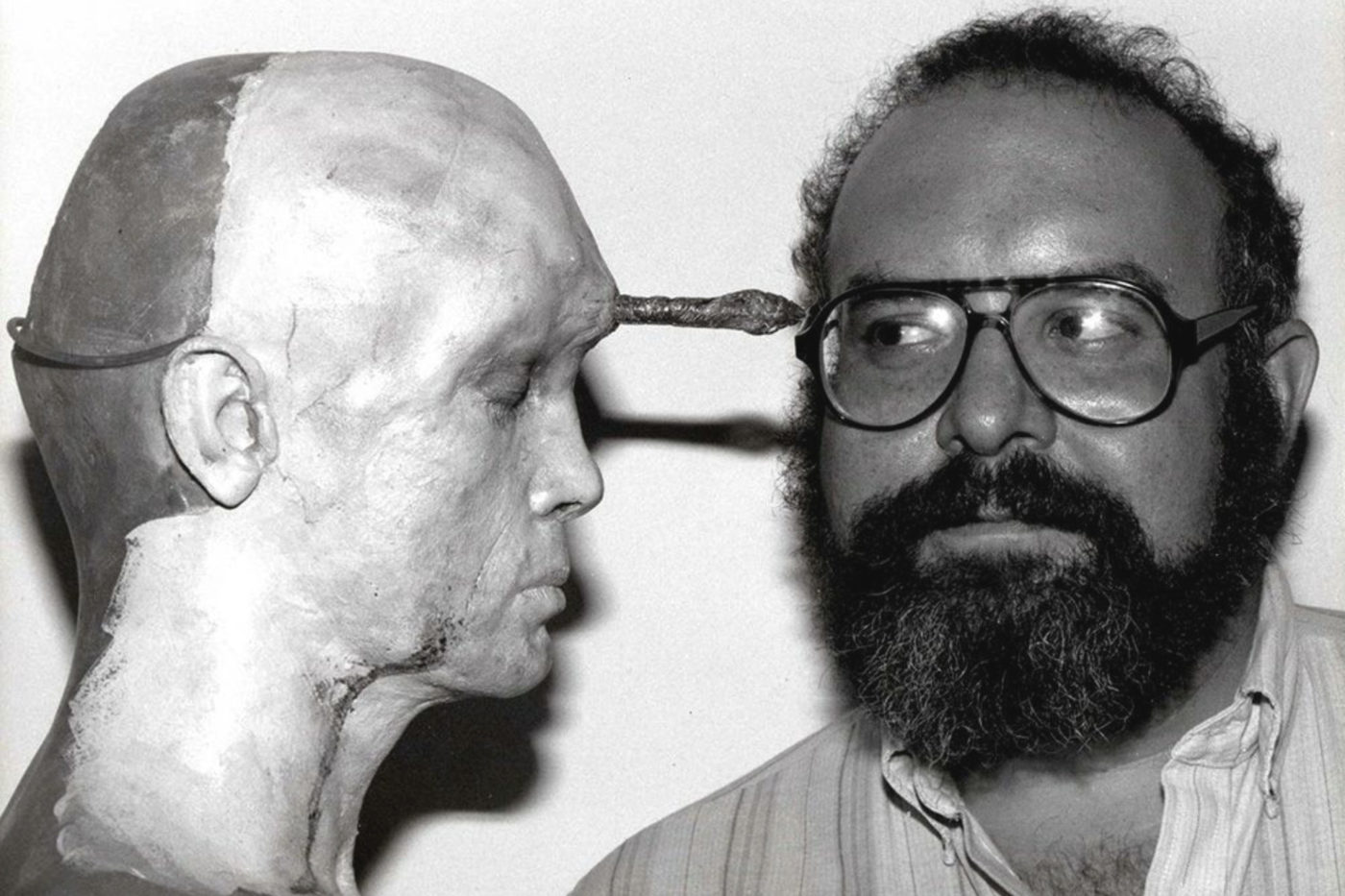 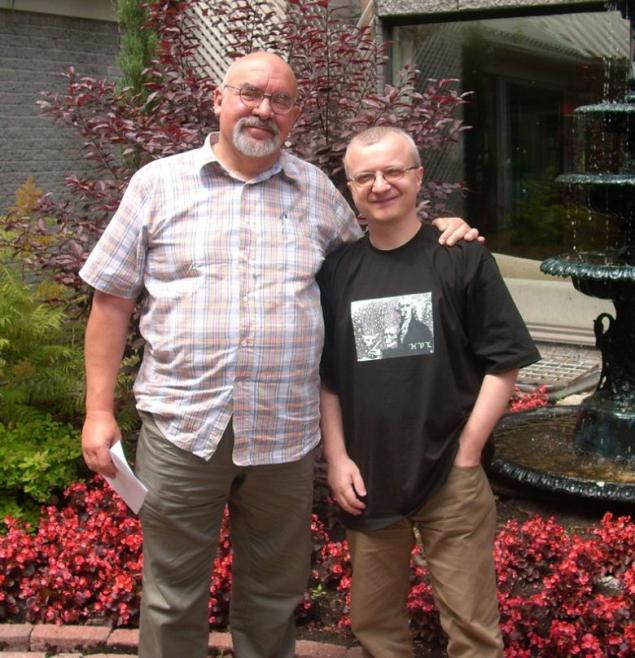 In his rich career of a B-movie maverick, Stuart Gordon fought with censors, producers and financiers, constantly struggling to preserve integrity of his vision. Interestingly, almost all of his best horror films are inspired by works of the two giants of horror fiction – Edgar Allan Poe (The Pit and the Pendulum, 1991; Masters of Horror: The Black Cat, 2007) and H. P. Lovecraft (Re-Animator, 1985; From Beyond, 1986; Castle Freak, 1995; Dagon, 2001; Masters of Horror: Dreams in the Witch-House, 2005).
I met him at Fantasia, Montreal, where he presented The Raven, a play about E. A. Poe which he directed and co-wrote with his old friend and collaborator, Dennis Paoli.
Stuart Gordon has a unique talent to unite the things which are either considered too disparate (like sex and horror) or those which are rarely blended with such an unmitigated success (like horror and humor). Nowhere is this mixture so successful as in his debut, Re-Animator, a timeless classic which is at once sick, depraved, hilarious and utterly what-the-funny. Many directors aimed for that particular rainbow, but only a few (like The Return of the Living Dead, 1985, and Braindead, 1992) can parallel the insanity and unpredictability of Re-Animator's inspired splattstick.
Unity of opposites? Hell, yeah! Rooted in literature and theater (where his productions were nominated for many important awards), Gordon mastered B-movie entertainment of the horrific and provocative kind. The same man who concieved the gleefully sadistic The Dentist (1996) also wrote the kiddy fantasy hit Honey, I Shrunk the Kids (1989). With equal wit he adapts Lovecraft and Mamet (in Edmond, 2005); he is as inspired by the most outrageous fantasy of From Beyond (1986) as he is by the gritty reality of Stuck, 2007 (based on a true event). From the depths of the Charles Band and Brian Yuzna produced exploitation he is struggling to be political, socially conscious and subversive.
Gordon represents the true spirit of the independents which reigned in the bygone (?) days. His ability to join the unjoinable and make it enjoyable is all but forgotten in this day and age where young horror directors can barely concoct a story worth telling – far from imbuing it with wit, energy and subtext like Gordon so effortlessly could. As such, he is both a relic from the past and a lasting inspiration to all those who can see beneath the surface right into the bloody beating heart of B-moviemaking.
Top 5 reasons to love & respect Stuart Gordon
1. No one mixes sex, horror and humour quite like him! Case in point: the legendary, much-censored scene from Re-Animator in which decapitated and reanimated Dr. Hill is "giving head" to naked and strapped Barbara Crampton.
2. No one does the body horror quite so fleshy, gory and gooey. Just think of the unrestrained insanity of From Beyond: the flying creatures, the mutated lecherous doctor, the protruding pineal gland, the sadomasochism, the eels from beyond… all that, and more, in one single movie!
3. No one ever used Jeffrey Combs to his full potential the way Gordon has – inspiring not only his comic genius (in career-defining Re-Animator) but also his drama potential, first in Castle Freak, then as Poe himself in The Black Cat, and ultimately (and even more seriously) as Poe in the theater production of The Raven, directed and co-written by Gordon with Dennis Paoli.
4. No one honors Lovecraft with so much freedom, yet respecting his spirit and subtext the way Gordon does. Case in point: Dagon (inspired by "The Shadow over Innsmouth"), the closest anyone has approached a proper HPL adaptation so far, capturing both the decaying seaside town atmosphere and the implied sexuality + sadism from between Lovecraft's lines.
5. No director from the 1980s has retained the true spirit of the independents quite so consistently and subversively the way Gordon has. This is obvious both in the films he's made (King of the Ants; Stuck) and the one he was not allowed to, because of the touchy politics (The House of Re-Animator).
U opširnom intervjuu koji sam uradio sa Brajanom Juznom – producentom prvog Re-animatora (i rediteljem drugog i trećeg dela) – on mi je sledeće imao kazati o saradnji sa Gordonom. 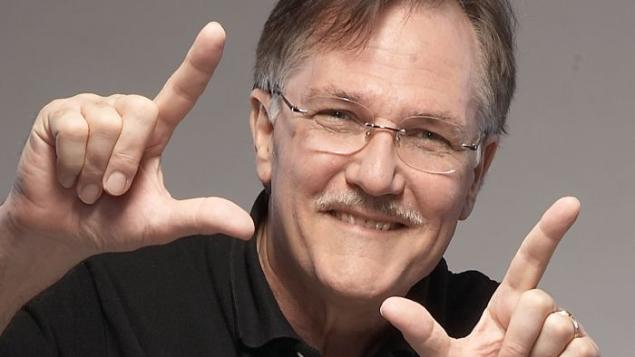 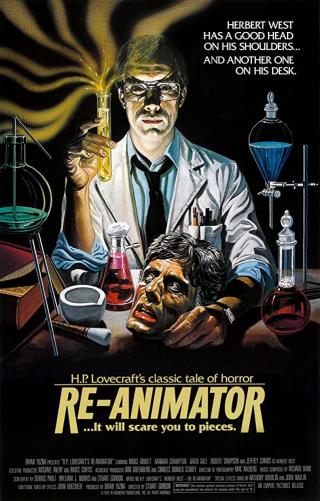 https://www.imdb.com/title/tt0089885/?ref_=nv_sr_srsg_0
GHOUL'S RATING:
****
4
Stuart Gordon began his career with unusual stage productions in his Organic Theatre in Chicago, where the audience was treated with a weird mixture of art and Grand Guignol. The latter is very much obvious in his first feature, RE-ANIMATOR, which was originally conceived as a TV series. Nothing strange there, since it's based on a series of short stories by the great H.P. Lovecraft, published under the title HERBERT WEST - REANIMATOR.
Luckily, Brian Yuzna (the producer at the time; later also a famed horror director) wanted to make a feature: only the big screen could do the justice to a story that the British author James Havoc called "one of the most gratuitously sick exercises in human dismemberment and degradation that I have ever read". And rightly so. Lovecraft was not very proud of this early effort (written in 1922), but the story remains one of his better achievements, notable not only for its gruesomeness, but also for an element so rare in his fiction - humor. Pitch black, cynical, but humor nonetheless.
With a first-time director and a cast of unknowns, Yuzna could rely only on Lovecraft's name attached to the title and – gratuitous amounts of carnage and blood. He was so uncompromising about it that he refused to submit the film to the Ratings Board: RE-ANIMATOR came to the cinemas unrated - and took the audience by storm. The cult status was immediate and, surprisingly for this kind of film, even the reviews were mostly favorable.
The plot is simple and, by now, very familiar: a young student from Zurich, Herbert West (Jeffrey Combs – in a career-defining debut role) improves the serum to resurrect the newly dead, invented by his deceased mentor, and comes to the Miscatonic University in Arkham, Massachusetts (fictional university in a fictional town, both Lovecraft's inventions). He continues his experiments, using the reluctant help from a fellow student (Bruce Abbott) whose apartment (or, rather, basement) he's sharing. Things are complicated by the unscrupulous and lecherous Dr Hill (the late David Gale), who would like to usurp the discovery. It will cost him his head, but that's exactly when he becomes even more dangerous...
Very little remained of the original Lovecraft's story: names of the characters, the basic theme and situation, and a detail or two. Still, RE-ANIMATOR remains the best screen adaptation of a Lovecraft work, for it keeps the gleefully macabre spirit of the original, and manages to be scary, gruesome, funny and entertaining yet never reverts to cheap tricks, low humor or parody. It is a straight-faced horror comedy, and it has found a perfect vehicle in Jeffrey Combs, whose portrayal of  Herbert West is simply – excellent. His amoral, Faustian mad doctor sees no limits on the road to triumph, and perceives people around him as merely more or less suitable "specimens". As such, this mad doctor inevitably recalls the classic portrayal of Dr Frankenstein by Udo Kier in similarly outrageous straight-faced black comedy FLESH FOR FRANKENSTEIN. Even his frail physique and the feverish, fanatical look of his blue eyes remind one of Udo Kier's memorable character.
Similarly accomplished is David Gale's role: this tall, slim actor with a creepy face and high cheekbones becomes even creepier once he's reduced to a severed, bloody head which hisses, screams and, in the end, fondles the naked body of a tied-up co-ed (Barbara Crampton). Unfortunately, the latter scene (lasting some 2,5 minutes) has been cut from most prints of the film. It belongs to the same scene which features the most memorable quotes. "I must say, Dr Hill, I'm VERY disappointed in you. You steal the secret of life and death, and here you are, trysting with a bubble-headed co-ed. You're not even a second-rate scientist!" yells West. A little later, upon Dr Hill's threat that he would steal his serum, West  replies: "Who's going to believe a talking head? Get a job in a sideshow!"
The perfect balance of humor and horror and dynamic direction are Stuart Gordon's achievements which can't be overpraised, as well as Mac Ahlberg's excellent photography. Much disputed Richard Band's score, "borrowed" and adapted from the classic Bernard Herrmann's PSYCHO score, is in fact perfectly functional in this context, effectively underlying the grotesquerie of the events. Truth be told, in the last 10 minutes, when all the bodies in the hospital morgue rise from the dead, the grotesquerie attains a level of intense horror and pure delirium as the living-dead intestines start wrapping around the hapless characters...
The great success of RE-ANIMATOR brought about a momentary popularity of HPL in the movies, but the lackluster "adaptations" that followed (FROM BEYOND, also by Gordon, THE UNNAMABLE, THE LURKING FEAR, FOREVER EVIL...) were mostly misguided (in Gordon's case) or shameless and talentless attempts to cash in on a trend, never caring- or being able to- be faithful to the spirit of HPL, present in every inspired frame of RE-ANIMATOR. Much later, Gordon would repay his HPL debt by making the best straight adaptation in DAGON (based on the novella "The Shadow over Innsmuth").
A pretty successful sequel followed (BRIDE OF REANIMATOR, 1990, Brian Yuzna), while the 3rd part, also by Yuzna (BEYOND RE-ANIMATOR) was much cheaper and trashier. 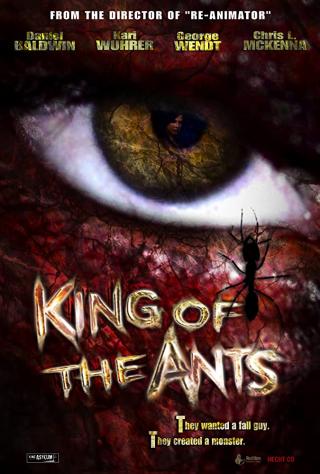 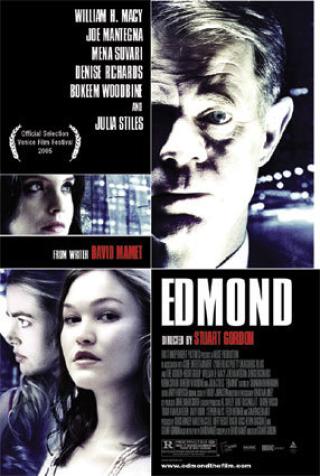 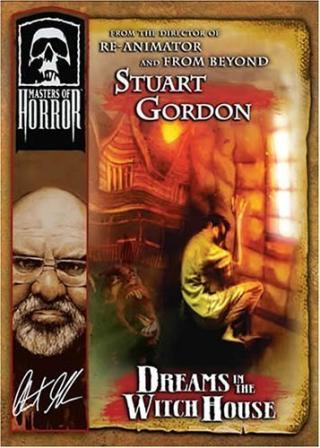 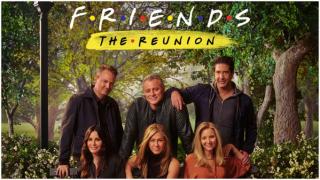 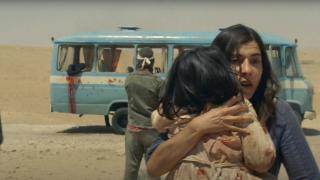